Darkest hour : how Churchill brought England back from the brink 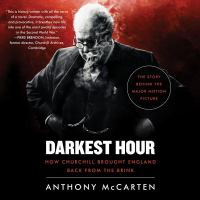 From the acclaimed novelist and screenwriter of The Theory of Everything comes a revisionist look at the period immediately following Winston Churchill's ascendancy to prime minister.