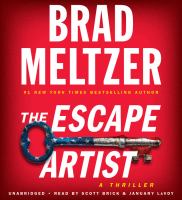 Nola Brown's body was found on a plane that mysteriously fell from the sky as it left a secret military base in the Alaskan wilderness. Her commanding officer verifies she's dead. The US government confirms it. But Jim "Zig" Zigarowski has just found out the truth: Nola is still alive.