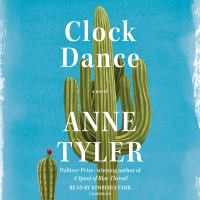 After receiving a call from a stranger about her son's ex-girlfriend being injured, Willa flies across the country to Baltimore to take care of her and her nine-year-old daughter.