The Bad Guys in Do-you-think-he-saurus? 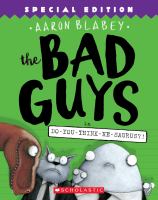 The Bad Guys find themselves sixty-five million years in the past where they must avoid being eaten by dinosaurs, fix their broken time machine, and get back home before an evil alien destroys the world.