Before we were strangers 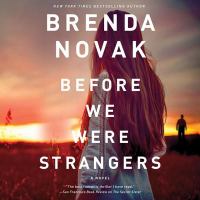 A traumatic loss makes Sloane McBride decide to find out the truth behind her mother's mysterious disappearance when she was five. But as Sloane starts digging, the question isn't whether she can uncover what really happened, it's what will remain of her family if she does?