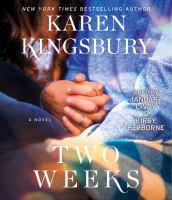 Cole Blake is months away from going off to college and taking the first steps towards his dream. But as he starts his final semester of high school he meets Elise, a mysterious new girl who captures his heart. Not long after, she discovers she's pregnant. In love for the first time, Cole is determined to support Elise. Elise decides to place her baby up for adoption, and she has two weeks to change her mind. Elise ends up making an unexpected decision, one that changes everyone's plans.