The book woman of Troublesome Creek 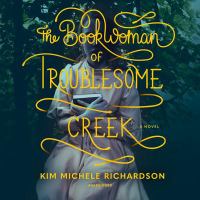 1936, Kentucky. Blue-skinned nineteen-year-old Cussy Carter, the last female of the Blue People ancestry, has just given up on marriage and joined the Kentucky Pack Horse library service.