The right sort of man 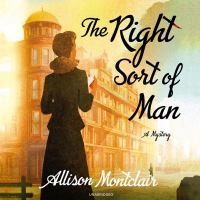 In a London slowly recovering from World War II, two very different women join forces to launch a business venture in the heart of Mayfair--The Right Sort Marriage Bureau. But the promising start to their business is threatened when their newest client, Tillie La Salle, is found murdered and the man arrested for the crime is the prospective husband they matched her with.