When we walked on the moon 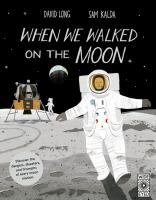 Book
Chronicles the history of the Apollo space program, tracing the events of missions ranging from the 1969 lunar landing to the rescue of Apollo 13, offering lesser-known facts that marked each journey.