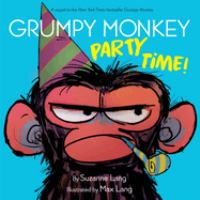 Book
Jim Panzee feels that. Porcupine is having a big party, and according to Jim's best friend Norman, there will be--gulp--dancing. Jim can DEFINITELY not dance. When he tells his friends, they all try to teach him cool moves--surely that's the only reason Jim isn't excited about this party! Now, their job complete, the other animals sweep Jim along, all the way to the dance floor. Jim is dipped, swayed, and twirled until he can't take it anymore--he just doesn't like to dance! When he lets everyone know, he's met with disbelief...until Water Buffalo reveals that he doesn't much care to dance, either. As more and more animals have the courage speak their truths, does this mean there's no place for them at this party?