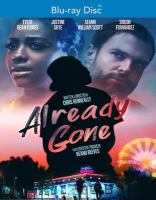 Blu-ray
Robinson is a lonely, teenager who uses his graffiti to escape from his abusive stepfather Martin, who he lives with in Coney Island. Robinson is in love with Martin’s girlfriend Keesha, an exotic dancer. When Martin attempts to pimp Keesha out Robinson rescues her and the two flee Brooklyn, stealing a car and a bag filled with Martin's drug money. On the road they experience a new world and Robinson’s love for Keesha grows. They break down in rural Colorado and are taken in by Edwin, a handsome aspiring artist and his family. When Keesha falls for Edwin, Robinson feels betrayed and heartbroken. All this while Martin grows ever closer to tracking them down.