The starless sea: a novel 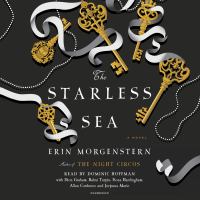 Discovering a mysterious book of prisoner tales, a Vermont graduate student recognizes a story from his own life before following clues to a magical underground library that is being targeted for destruction.