Instructions not included : how a team of women coded the future 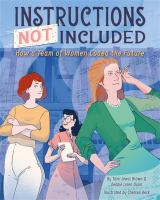