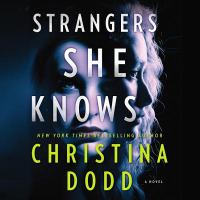 "Kellen Adams has three deadly problems: She seriously offended a maniacal killer ; she just had a bullet removed from her brain; and, her new daughter is growing up too fast-- and she's in the line of fire. Living on an obscure, technology-free island off California should mean safety from the murderer who hunts Kellen and her new family. But as family time becomes terror-time, Kellen faces a killer playing a cruel game. Only one can survive, and Kellen knows who must win... and who must die."--