A book of bones 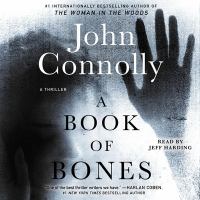 Private Investigator Charlie Parker returns in this heart-pounding thriller as he seeks revenge against the darkest forces in the world. He is our best hope. He is our last hope. On a lonely moor in northern England, the body of a young woman is discovered. In the south, a girl lies buried beneath a Saxon mound. To the southeast, the ruins of a priory hide a human skull. Each is a sacrifice, a summons. And something in the darkness has heard the call. Charlie Parker has also heard it and from the forests of Maine to the deserts of the Mexican border, from the canals of Amsterdam to the streets of London, he will track those who would cast the world into darkness. Parker fears no evil - but evil fears him.