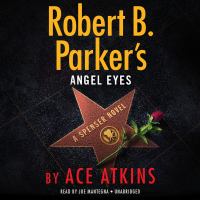 In the latest thriller featuring the legendary Boston PI, Spenser heads to the City of Angels to meet old friends and new enemies in a baffling missing person case that might shake Tinseltown to its core. Ellie Sharp left her Boston family with big dreams of making it as an actress in Hollywood. But two years later, she disappears from her Silver Lake apartment without her friends or police knowing what happened. Soon after the Sharps hire Spenser to find her, another person goes missing, this time Spenser's protege-turned-L.A. investigator, Zebulon Sixkill. Spenser and Hawk must hit the ground running on the West Coast to follow a twisted trail into the world of drug cartels, casting couches, hedonistic parties, and a whisper network of industry players looking to take down a legendary producer.