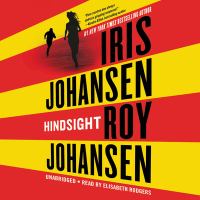 Dr. Kendra Michaels, blind for the first twenty years of her life before gaining her sight via a revolutionary surgical procedure, is a renowned investigator known for her razor-sharp senses, honed during her years in the dark, and keen deductive abilities. Now her skills are needed uncomfortably close to home. Two staff members have been murdered at a school for the blind where Kendra spent her formative years. But the murders are puzzlingly dissimilar: one victim was brutally stabbed, while the other was killed by a bullet to the head. Are the crimes related? Or is Kendra on the hunt for more than one dangerous killer?