Humpty Dumpty lived near a wall 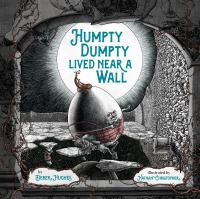 Book
Harsh laws and the wall that keeps them in darkness make life dreary for the King's subjects, but Humpty Dumpty defies the King to look over the wall.