House on fire : a novel 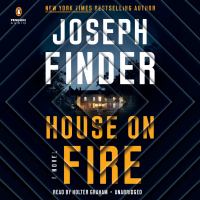 Nick Heller, private spy, exposes secrets that powerful people would rather keep hidden. At the funeral of his good friend Sean, an army buddy who once saved Nick's life and had struggled with opioid addiction since returning wounded from war, a stranger approaches Nick with a job. The woman is a member of the Rhodes family, whose immense fortune was built on opiates. Now she wants to become a whistleblower, exposing evidence that Rhodes Pharmaceutical knew its biggest money-maker drug, Oxydone, was dangerously addictive and led directly to the overdoses and deaths of people like Sean.