Hell on the border 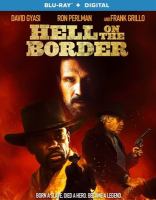 Blu-ray
This epic, action-packed Western tells the incredible true story Bass Reeves (David Gyasi), the first black U.S. Marshal in the Wild West. Having escaped from slavery after the Civil War, Reeves arrives in Arkansas seeking a job with the law. To prove himself, he must hunt down a deadly outlaw (Frank Grillo) with the help of a grizzled journeyman (Ron Perlman). As he chases the criminal deeper into the Cherokee Nation, Reeves must dodge bullets and severe discrimination in hopes of earning his star and ends up cementing his place as a cowboy legend.