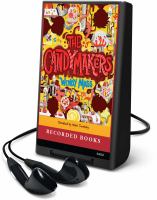 When four twelve-year-olds, including Logan, who has grown up never leaving his parents' Life Is Sweet candy factory, compete in the Confectionery Association's annual contest, they unexpectedly become friends and uncover secrets about themselves during the process.