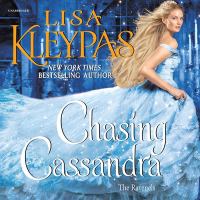 Railway magnate Tom Severin is wealthy and powerful, and has eyes for Lady Cassandra Ravenel. When Cassandra's reputation is nearly destroyed, Severin seizes the opportunity he's been waiting for. As always, he gets what he wants, or does he? The chase for Cassandra's hand may be over. But the chase for her heart has only just begun.