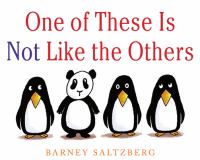 "Points out the differences between subjects and celebrates them"--