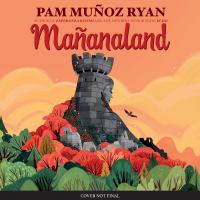 Max loves stories, especially the fantastical tale Buelo tells him about a mystical gatekeeper who can guide brave travelers on a journey into tomorrow. If Max could see tomorrow, he would know if he'd make Santa Maria's celebrated fútbol team, and whether he'd ever find his mother, who left when he was a baby. Papa refuses to talk about her, so Max has learned to stop asking. But when Papa is forced to reveal his involvement in an underground network of guardians that led people fleeing a neighboring country to safety, and the surprising reason Max's spot on the fútbol team may be threatened, everything he knew about himself and his family is upended. A treasured compass, a haunted tower, a mysterious stone rubbing, and a peregrine falcon propel Max on a dangerous search for clues about who he is and what the future holds.