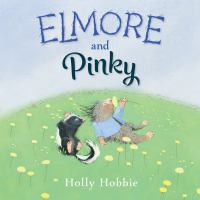 Book
Elmore the porcupine feels warm and comfortable in his neighborhood, and has many friends. But lately he has been feeling that he is missing someone, someone who will always be there -- a best friend. His uncle assures him that those kinds of friendships just happen over time, but determined Elmore goes out in search of one anyway. Then Elmore meets Pinky, a skunk who has a similar problem. Likely companions for Pinky are deterred because...well, he stinks! As the two commiserate and spend time together, they accept each other's shortcomings and develop what each of them wants most: a real friendship with a best friend.