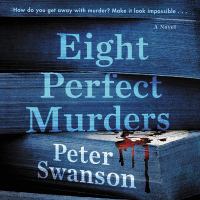 Bookseller and mystery aficionado Malcolm Kershaw compiled a list of the genre's most unsolvable murders. But no one is more surprised than Mal, now the owner of the Old Devils Bookshop in Boston, when an FBI agent comes looking for information about a series of unsolved murders that look eerily similar to the killings on his old list.