Buzzing with questions : the inquisitive mind of Charles Henry Turner 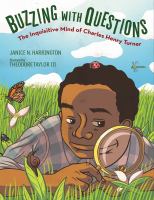 Presents the life and career of the African American entomologist, describing how he overcame racial discrimination in the pursuit of his education and how his pioneering work in the study of insect behavior won him international recognition.