The good killer : a novel 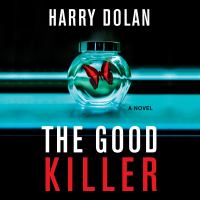 Sean Tennant and Molly Winter are living quietly and cautiously in Houston when a troubled, obsessive stranger shatters the safety they have carefully constructed for themselves. Sean is at a shopping mall when Henry Alan Keen, scorned by a woman he's been dating, pulls out a gun at the store where she works and begins shooting everyone in sight. A former soldier, Sean rushes toward Keen and ends the slaughter with two well-placed shots, becoming a hero with his face plastered across the news. But Sean's newfound notoriety exposes him to the wrath of two men he thought he had left safely in his past.