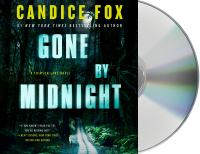 On the fifth floor of the White Caps Hotel, four young boys are left alone while their parents dine downstairs. But when one of the parents checks on the children at midnight, they discover one of them is missing. The boys swear they stayed in their room. CCTV confirms that none of them left the building. No trace of the child is found. Now the hunt is on to find him, before it's too late and before the search for a boy becomes a search for a body.