The book of lost friends : a novel 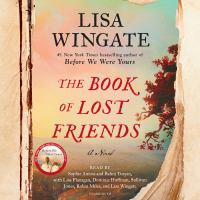 Louisiana, 1875: In the tumultuous aftermath of Reconstruction, three young women set off as unwilling companions on a perilous quest. They head for Texas along dangerous roads rife with ruthless vigilantes and soldiers still fighting a war lost a decade before. For heiresses Lavinia and Juneau Jane, the journey is one of inheritance and financial desperation, but for Hannie, torn from her mother and siblings before slavery's end, the pilgrimage westward reignites an agonizing question. Could her long-lost family still be out there? Beyond the swamps lie the seemingly limitless frontiers of Texas and, improbably, hope. Louisiana, 1987: For first-year teacher Benedetta Silva, a subsidized job at a poor rural school seems the perfect ticket to canceling her hefty student debt. Benny finds herself teaching students whose poverty-stricken lives she can scarcely comprehend. Augustine, Louisiana, is impossibly set in its ways, suspicious of new ideas and new people. Stagnant. But amid the gnarled live oaks and ancient plantation homes lies the century-old history of three young women, a long-ago journey, and a hidden book that could change everything. A heart-wrenching novel inspired by little-known historical events, based on actual Lost Friends advertisements that appeared in Southern newspapers after the Civil War, as freed slaves desperately searched for loved ones, lost to them when their families were sold off.