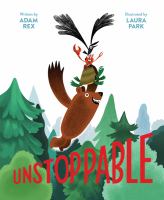 Book
When a bird and a crab team up to combine the advantages of flight and claws, it gives them an idea: why not expand the team to include other animals who have a special trait--and soon they all set out to rescue their lake from development, because united together they are unstoppable.