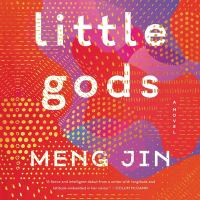 On the night of the Tiananmen Square Massacre, Su Lan gives birth in a Beijing hospital alone. When she dies seventeen years later, her daughter Liya, who has only known American life, takes her mother's ashes to China. In a territory inhabited by the ghosts of the living and the dead, a portrait of Su Lan emerges: an ambitious scientist, an ambivalent mother, and a woman whose past shapes and ultimately unmakes Liya's own sense of displacement.