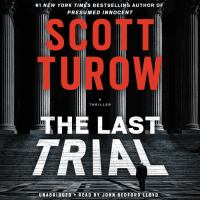 Alejandro "Sandy" Stern, a brilliant defense lawyer ready to retire, is pulled back to the courtroom when an old friend faces criminal charges. But his belief in the power of the judicial system will face a final, terrible test.