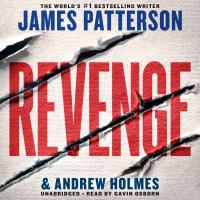 Former SAS soldier David Shelley was a special forces operative and has settled down to civilian life in London. But the mysterious death of a young girl sends her parents seeking his help.