Many kinds of engineers 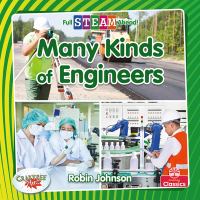