The vineyards of champagne 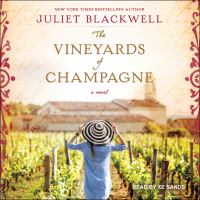 Available as a download from OWWL2go with a valid OWWL borrower card.
Beneath the cover of France's most exquisite vineyards, a city of women defy an army during World War I, from the New York Times bestselling author of The Lost Carousel of Provence . . . Deep within the labyrinth of caves that lies below the lush, rolling vineyards of the Champagne region, an underground city of women and children hums with life. Forced to take shelter from the unrelenting onslaught of German shellfire above, the bravest and most defiant women venture out to pluck sweet grapes for the harvest. But wine is not the only secret preserved in the cool, dark cellars . . . In present day, Rosalyn Acosta travels to Champagne to select vintages for her Napa-based employer. Rosalyn doesn't much care for champagne-or France, for that matter. Since the untimely death of her young husband, Rosalyn finds it a challenge to enjoy anything at all. But as she reads through a precious cache of World War I letters and retraces the lives lived in the limestone tunnels, Rosalyn will unravel a mystery hidden for decades . . . and find a way to savor her own life again.