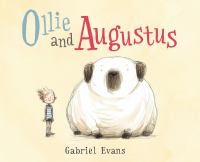 Ollie and his dog, Augustus, do almost everything together: painting, riding bikes, digging (Ollie's favorite), and collecting sticks (Augustus's favorite). So as Ollie is getting ready to start school, he's a little worried. Won't Augustus be lonely during the day? Ollie has just the idea: a sign that reads Wanted: Friend for Augustus. But good friends, as it turns out, are hard to find. Luckily, Ollie and Augustus aren't just any kind of friends -- they're best friends, and nothing will ever change that. Endearingly illustrated with scratch-scratchy appeal, this is a tale for animal lovers and new school-goers alike.