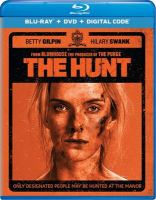 Blu-ray
Scheduled release date: June 9, 2020.
Twelve strangers wake up in a clearing. They don't know where they are, or how they got there. They don't know they've been chosen - for a very specific purpose - The Hunt.