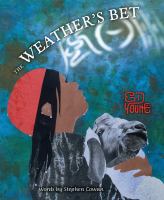 Book
Retells the fable, "The Wind and the Sun," in which Wind, Rain, and Sun attempt to remove the cap of a shepherdess. Collage illustrations include symbols based on seal characters of Chinese pictograms.