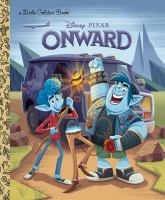 Book
In a world where magic had slowly faded away, a young elf named Ian Lightfoot receives special gifts for his sixteenth birthday: a wizard's staff, a Phoenix Gem, and a spell. Together these can be used to bring Ian's father back to life for one day.