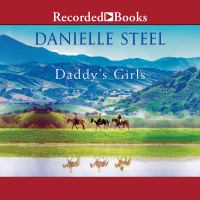 Three women raised by their father on a sprawling California ranch now confront difficult truths about their past. Decades ago, after the death of his wife, Texas ranch hand JT Tucker took his three small daughters to California to start a new life. With almost no money, a will of iron, and hard work, he eventually built the biggest ranch in California. But when he dies suddenly at the age of sixty-four, the ranch is inherited by his three daughters, each of them finding it impossible to believe that this larger-than-life figure is gone from their lives.