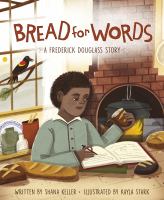 Book
"Frederick Douglass knew that learning to read and write would be the first step in his quest for freedom. Told from first-person perspective and using some of Douglass's own words, this biography draws from his experiences as a young boy and his attempts to learn how to read and write."--