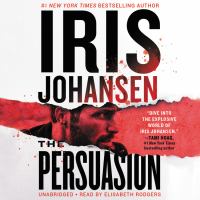 Forensic sculptor Eve Duncan and ex-Navy Seal Joe Quinn are about to give Seth Caleb their trust for the most important duty of his life: keeping their daughter, Jane MacGuire, safe at any cost. Because Jane's talent as an artist has brought her to the attention of a madman. Seth, Jane's longtime ally and fierce protector, is determined to keep her out of danger, but that becomes nearly impossible when Jane is forced to take matters into her own hands and confronts the man who wants her for himself, and wants Seth Caleb dead. As Jane and Seth chase down their bloodthirsty adversary, they finally commit to one another, in the culmination of the love story that fans have been waiting for. As the two come face-to-face with danger, one thing is made clear: it will take both of them working together to confront and defeat this evil.