A walk along the beach 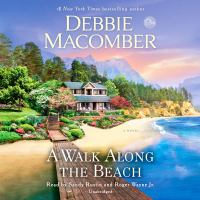 Inseparable since the sudden loss of their mother as teenagers, Willa and Harper Lakey are perfect opposites. Quiet, demure Willa has always admired Harper's sense of fearlessness and adventure but enjoys her peaceful routine as a café owner in their quaint, coastal hometown of Oceanside, Washington. When a handsome customer shows interest in Willa, Harper urges her sister to take a chance on love, something totally out of Willa's comfort zone. But just as Willa begins to explore the possibilities, Harper receives crushing news that threatens to bring everything to a screeching halt. Though the time ahead may be trying, little do Willa and Harper know that it will bring about the most beautiful rewards.