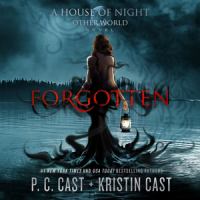 In the present, Other Neferet has far from given up her goal of immortality and world domination. As she operates in secret, the new High Priestess, Anastasia Lankford, works toward gaining peace for the Other World vampyres. But just as Other Kevin's broken heart will take time to heal, peace will also take time and work, and not all of the Other World vampyres want peace. Why should they return to being shunned by humans, especially when they've had a taste of power?