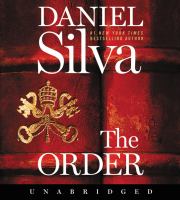 "Gabriel Allon has slipped quietly into Venice for a much-needed holiday with his wife and two young children. But when Pope Paul VII dies suddenly, Gabriel is summoned to Rome by the Holy Father's loyal private secretary, Archbishop Luigi Donati. A billion Catholic faithful have been told that the pope died of a heart attack. Donati, however, has two good reasons to suspect his master was murdered. The Swiss Guard who was standing watch outside the papal apartments the night of the pope's death is missing. So, too, is the letter the Holy Father was writing during the final hours of his life. A letter that was addressed to Gabriel."--