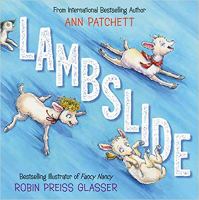 Nicolette Farmer is running for class president, and the rest of the Farmer family tells her she'll win by a landslide. A pack of overconfident lambs mistakenly hear lambslide and can't believe there's a slide made just for them. But when they can't find one on the farm, there's only one thing left to do: take a vote! They campaign. They bargain. They ask all the other animals if they, too, would like a lambslide. Will the lambs ever get their special slide?