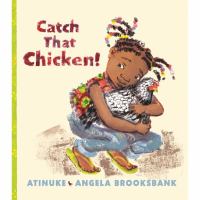 Lami is the best chicken catcher in the whole village. Her sister may be speedy at spelling, her friend fast at braiding hair, and her brother brave with bulls, but when it comes to chickens, nobody is faster or braver than Lami. That is, until the day when Lami chases a little too fast, up the baobab tree, and reaches a little too far . . . ow! How can she catch chickens with an ankle that's puffed up like an angry lizard? Could it be, as Nana Nadia says, that quick thinking is more important than quick running? Award-winning author Atinuke celebrates Nigerian village life in a story vibrantly illustrated by Angela Brooksbank with a universal message at its heart.