A meeting in the sky 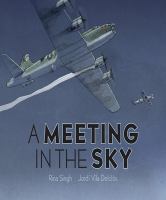 Book
An American farm boy and a German city boy grow up to fulfill their dreams of becoming pilots, and when World War II breaks out, they have a remarkable meeting in the skies over Germany. Includes facts about the incident on which the story is based and the friendship that followed.