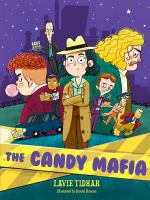 Growing up in a city where candy is illegal and sugar is scandalous, 12-year-old detective Nelle Faulker takes the case of a candy gangster's missing teddy bear before her client's own disappearance leads Nelle to a shady underworld of sweets smuggling, back-alley deals and storefront firebombs.